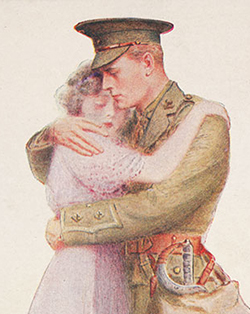 The Museum at Floriade 2015

Have you got an object from the First World War?

Come visit the National Museum interactive stand and share an image of your object and your connection to it.

At the stand, you can upload the image onto the Museum’s new interactive website Remembering 1914–18: Objects, Stories and Emotions. Museum curators will be on hand to provide assistance.

Explore contributions by others and tag events and objects with suitable emotions. Help us create an enduring digital archive of Australians’ experience of the First World War.

Find us at the Inspiration Hub near the Regatta Point entrance. The Floriade website has a map along with more information about the 2015 Floriade program. 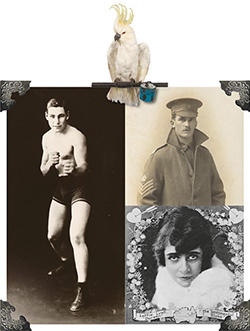 Life on the Home Front Symposium

This symposium was held on 7 August 2015 in association with the National Museum of Australia’s exhibition The Home Front: Australia during the First World War, which explores the pride, sorrow, passion, wonder and joy experienced by Australians far from the battlefields of the First World War.

The symposium explored, in depth, some of the stories of Australians on the home front.  It looked at people’s choices, opportunities and challenges in a time of heightened emotions. Were people united or divided? Were there pressures on people to raise money for the war, and on opponents of the war to keep quiet? What was the response to internment camps? What happened to families when soldiers came home?

Themes: Censorship, suffering and shellshock in First World War reporting, internment in Australia during the war, the shattered ANZAC, and war and peace on the home front. 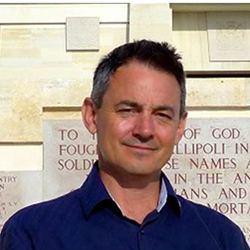 Brad Manera is the senior historian and curator of the Anzac Memorial in Hyde Park, Sydney. Before being asked to join the Anzac Memorial to lead its centenary of the Great War project, his museum career included curating the Hyde Park Barracks Museum, working as a historian at the Australian War Memorial and as a curator at the National Museum of Australia and the Western Australian Museum.

Brad is a keen public historian who leads biannual battlefield tours to the old Western Front and Gallipoli and is featured in recent documentaries including The Power of 10; Anzac VCs at Gallipoli; and Waler: The Great Australian War Horse and is an editor of the History of NSW in the Great War 1914–18.

Keynote address by Brad Manera: The August offensives on Gallipoli and their echoes in Australia

Abstract: On 7 August 1915, the commanders of the Mediterranean Expeditionary Force threw their last roll of the dice for a chance to break out of the stalemate on the Gallipoli peninsula. The offensives are remembered for the bloody Battle of Lone Pine, the massacre of the Australian Light Horse at the Nek and the failure to take the Sari Bair Range. The failure of the August offensives led ultimately to the abandoning of the Gallipoli campaign. In Australia, the human cost was felt in homes across the continent. In generations since, these battles have been used as material for the Australian film and publishing industries and have fuelled a growing enthusiasm for mass commemoration. This paper will re-examine the battles at Gallipoli on 7 August 1915 and explore some case studies of their impact in Australia at the time and down to the present day. 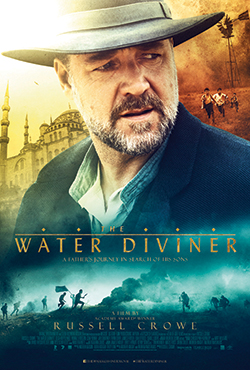 This lecture was the first in The Home Front lecture series. It provides behind-the-scenes insights into the stories of the Museum's temporary exhibition, The Home Front: Australia during the First World War. Curators Joanne Bach and Jono Lineen share how the team at the National Museum of Australia developed this exhibition.

Audio and transcript of ‘The making of The Home Front’

Authors Dr Meaghan Wilson-Anastasios and Andrew Anastasios discuss the inspiration for The Water Diviner, their book which inspired the 2014 film about Gallipoli and grief. With an introduction from curator Kylie Carman-Brown about the Museum’s exhibition The Home Front: Australia During the First World War.

Audio and transcript of ‘The Water Diviner: screen to page’