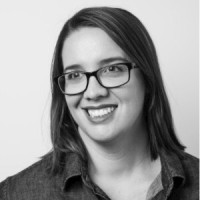 The Rome: City and Empire exhibition has won the Major Festivals and Events category at the Canberra Region Tourism Awards.

Presented in collaboration with the British Museum, the Rome exhibition was on show at the National Museum from September 2018 to February 2019.

Ruth Wilson, the Museum's Assistant Director of Public Engagement accepted the award, noting the highlight of the exhibition was a 98 per cent visitor satisfaction rate. Ruth also talked about the Museum’s commitment to the Canberra tourism industry.

Rome: City and Empire was the third exhibition presented in collaboration with the the British Museum. In December 2020 the Museum will host another British Museum exhibition, Ancient Greeks: Athletes, Warriors and Heroes.

The tourism awards are produced by the National Capital Attractions Association and supported by Visit Canberra. It is the most prestigious event on the region's tourism calendar.

'Our region is simply brimming with businesses and attractions that excel in their field in not only bringing visitors to Canberra, but giving them a premium visitor experience when they arrive,' said Dr Naomi Dale, President of the National Capital Attractions Association.

The Museum was excited to also be a part of the Book Canberra Excursions platform which won the best New Tourism Business award. The Museum is one of nine founding partners on the platform. It provides easy access for educational excursions in Canberra.

The Museum is excited to be recognised as a leader in the local tourism industry and looks forward to working closely with the industry to continue to achieve tourism and economic objectives.