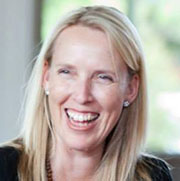 Rome wasn’t built in a day and neither were these audio tours! Thirty-three stories, 63 characters, 9 accents, 4000 sound effects and 30 music tracks later, working on the audio tours has been great fun.

Here are some behind-the-scenes insights into how we approached this very special exhibition.

Our brief was to bring a selection of the Rome: City and Empire exhibition from the British Museum to life through storytelling. Rather than rely on narration alone, we wanted the stories to be emotive, enlightening and entertaining.

We wanted to create something that was interesting for those already well versed in the history of Ancient Rome, while also creating a welcoming and enticing experience for those new to the subject.

Overall, our aim was to help modern Australians feel a connection with Ancient Romans, and explore the relevance to everyday modern Australia. Although the Rome exhibition doesn’t open until 21 September 2018, we went into pre-production in January.

We started by running workshops with scriptwriters, sound producers and curators. When considering each object we asked ourselves: Where did this take place? What did it look like? What did it smell like? What did it sound like? How might this person have felt using this object? How does this relate to us today?

In addition to the general tour, we wanted to make something special for kids aged 8 to12. Our brief was to create something that was educational but fun, and definitely not boring or babyish! The scriptwriter Noëlle Janaczewska started by developing the wonderful narrator characters, Marcus and Tullia, who buzz in and out of the tour’s 11 stories.

We didn’t want younger kids to have all the fun so we also created a general audio tour for those aged 13+. The brief to our co-scriptwriters Catherine Freyne and Noëlle Janaczewska was to create something highly emotive, enlightening and reflective. With these 21 stories we challenge the stereotypical Roman character and demonstrate the diversity of Romans through accents and varying ages.

With his knowledge of Ancient Rome, his proven ability to engage people through his warm and down-to-earth manner, along with his fascination of history told through the stories of the everyday person, Richard Fidler was the perfect person to narrate this tour.

We knew he would bring integrity, warmth and humour to the role, and it’s been a joy to watch Richard’s collaboration with curator Lily Withycombe. We all benefit from their passion and generous approach to sharing the lesser-known stories of Ancient Rome.

The team at Sonar Sound have done an amazing job of bringing our vision to life. Candace Wise, Luke Mynott, Julian Wessels and Wes Chew have given each story the full sound production treatment, so we highly recommend that you bring the best headphones you can find to make the most of this experience.

Being a passionate advocate for social inclusion, I was delighted with the Museum’s dedication to ensuring these tours are accessible to as many people as possible. We want people living with a disability to be able to interact with the content with their friends and family.

Through Conexu Foundation’s Open Access Tours app, both audio tours will be available in Auslan with optional closed captions, scrolling open captions and audio description. We have free download, so even if you can’t make it to the exhibition in Canberra, you can still listen to the full tours via The Loop app.

We hope that by producing stories from different perspectives we have created conversation starters and we encourage you to continue asking questions about how the Ancient Romans lived and their influences on modern Australia.

To hear the Rome audio tours, download The Loop app before you visit or using our free wi-fi, or hire a device at our Information Desk. These tours will be available when the exhibition opens on 21 September 2018. Enjoy!