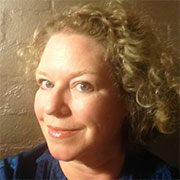 Is that a Muttaburrasaurus in our Main Hall? Yes, it soon will be! An impressive 3 x 10 metre cast of the fossilised bones of the Australian dinosaur is one of the first large objects going on show as part of the refurbishment of the National Museum's main entry.

The cast will be disassembled prior to making the journey from Castlemaine in Victoria to Canberra in late August. The Muttaburrasaurus will go through quarantine before being installed in our Hall later in the year.

This cast was made soon after grazier Doug Langdon discovered the fossilised bones of a large animal on his sheep property near the town of Muttaburra in central-west Queensland in 1963.

The bones belonged to a new species of ornithopod, a group of dinosaurs that walked upright on their hind feet. Palaeontologists named it Muttaburrasaurus langdoni.

Muttaburrasaurus lived about 100–110 million years ago, during the Cretaceous period, when Australia was part of the Gondwana supercontinent. It was a herbivore that probably fed on the conifer forests growing on the margins of the Eromanga Sea, which occupied much of inland eastern Australia at this time.

This Muttaburrasaurus cast was made by the Queensland Museum and purchased by the National Museum in 1987. Apart from marvelling at the size of the Muttaburrasaurus in our Main Hall, visitors will be able to learn more about Doug Langdon's find on the new interactive Defining Moments Discovery Wall being launched as part of the Hall redevelopment.