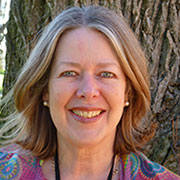 The Midawarr | Harvest exhibition at the National Museum explores the plants of Yolŋu country in north-east Arnhem Land based on works by artists Mulkun Wirrpanda and John Wolseley.

Mulkun and her family introduced us to one of these plants – the ganguri or long yam – during a visit on country. This photo essay draws on Yolŋu cultural knowledge and western botanical information.

‘This is the most famous yam, also known as maṉmuŋa and sung by the Gälpu.’ Ganguri belongs to the Dhuwa moiety of the Yolŋu people. In the Western botanical tradition it is known as Dioscorea transversa and its common English name is long yam.

‘It is the one that everyone loves to eat and lots of people still hunt for.’ Mulkun and her family introduced us to ganguri and taught us how to hunt and prepare them on country. The yam grows underground and can be identified by its heart-shaped leaves and the sweetly scented pale green flowers of its vine.

‘In the miḏawarr season they will return to the known patches where ganguri are harvested every year.’ Ganguri is widely found across northern Australia, usually in coastal areas with monsoon vine forests and open bushland.

‘When they dig, if it’s too small they will put the yam back.’

‘Then if they dig and it’s a bigger one they pull it out but deliberately leave some behind so it will grow again. When we say that we are natural farmers this is what we mean.’

‘We break the yam a few centimetres from the top where it connects to the vine and cover it over again.’ They showed us how to identify the ganguri leaves through the dense foliage, patiently instructed us in the art of tracing the vine to the point at which it enters the ground, and showed us the best way to dig out the yams.

‘We will return a few years later and we will re-dig that plant from the same hole.'

We were shown a good place to wash the yams in a nearby creek, and taught the best ways to roast the yams and prepare them for eating in a bush oven constructed from kindling and broken termites nest.

Half an hour in the oven, nestled among the burning embers of termites nest and sealed in with strips of bark weighted down with sand, produces hot yams with a smoky flavour. Ganguri is delicious either raw or roasted and is similar to a potato, but tastier.

‘Year after year we eat from the same plant as we remember our old harvest.’

Yalukul are the leaves and the little seeds of the ganguri when they all entwine together in a big canopy and when they turn a yellow brown colour it is called galaday and it is a message from the plant to the women, “I am ready, come and get me.” The pigeon gukguk sings as well to let us know the time has come.’

Mulkun and John have met at midawarr and other times in the past five years to research and document the many useful and delicious plants which, for centuries, have sustained communities in this unique part of the continent.

Their collaboration resulted in the body of artworks going on show in Midawarr | Harvest, at the National Museum in Canberra from 24 November 2017 until 19 February 2018.