Bulunbulun was a renowned healer and ceremonial singer as well as a major painter of his generation. He was one of the first Yolŋu artists to become a professional printmaker. In the 1970s he collaborated with his kinsman George Milpurrurru and the anthropologist Joseph Reser on a study of traditional Yolŋu housing.

In 1993 Bulunbulun led a group of Yolŋu performers to Ujung Pandang (Makassar) in Sulawesi to stage a ceremony, Marayarr Murrukundja, that re-established relations between the Ganalbiŋu and the Makasar. His work has been included in several seminal exhibitions of Aboriginal art, including Aratjara, which toured Europe in 1993–94. 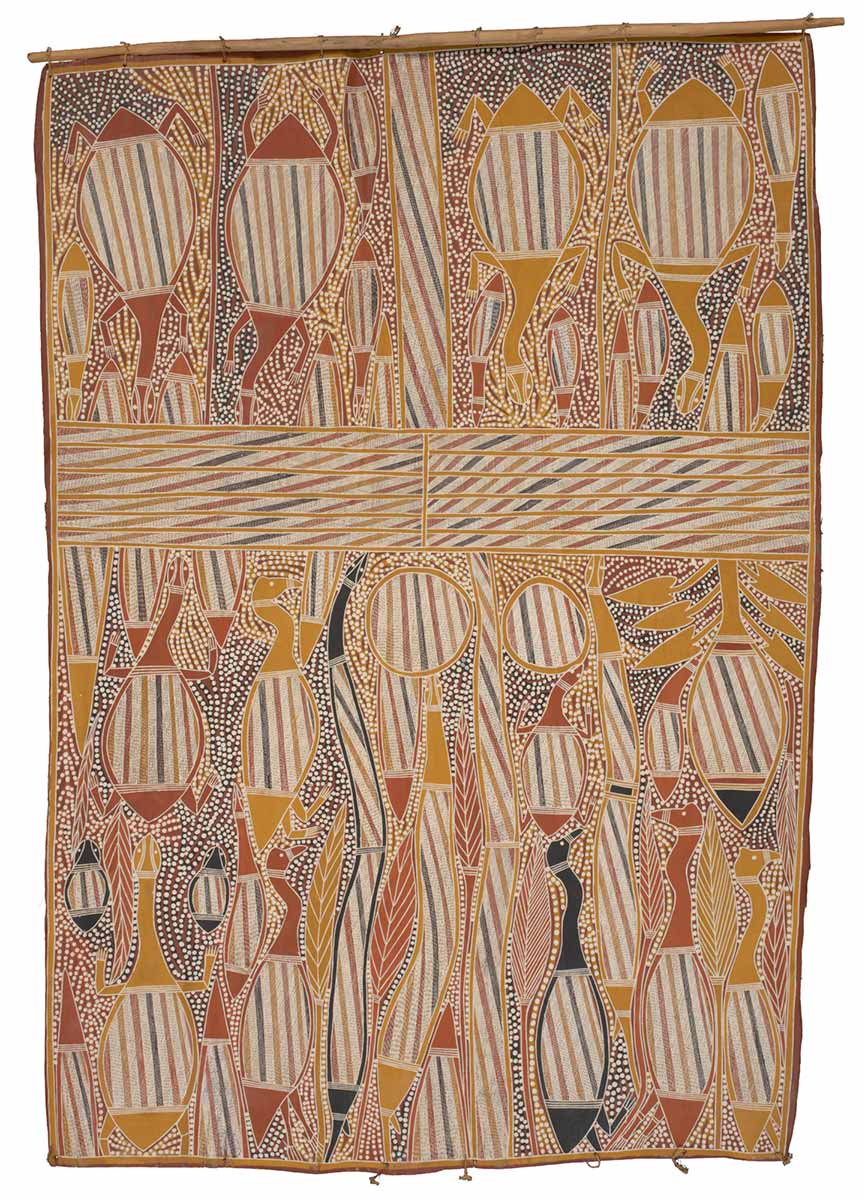 Creatures of the Arafura Swamp