Makarrwala was a man of great authority and influence, regarded as the headman of central Arnhem Land. By the time he met the American anthropologist W Lloyd Warner in 1926, he could speak several languages including English and Malay (Makasar). Makarrwala became the research partner and friend of Warner, who conducted fieldwork at Milingimbi and recorded an insightful personal account of the artist’s life in his ethnography A Black Civilisation.

Makarrwala’s clan lands lie further to the east, around Arnhem Bay. His paintings were collected by CP Mountford during the 1948 expedition to Arnhem Land, and by the Australian collector and philanthropist Stuart Scougall in the 1950s. 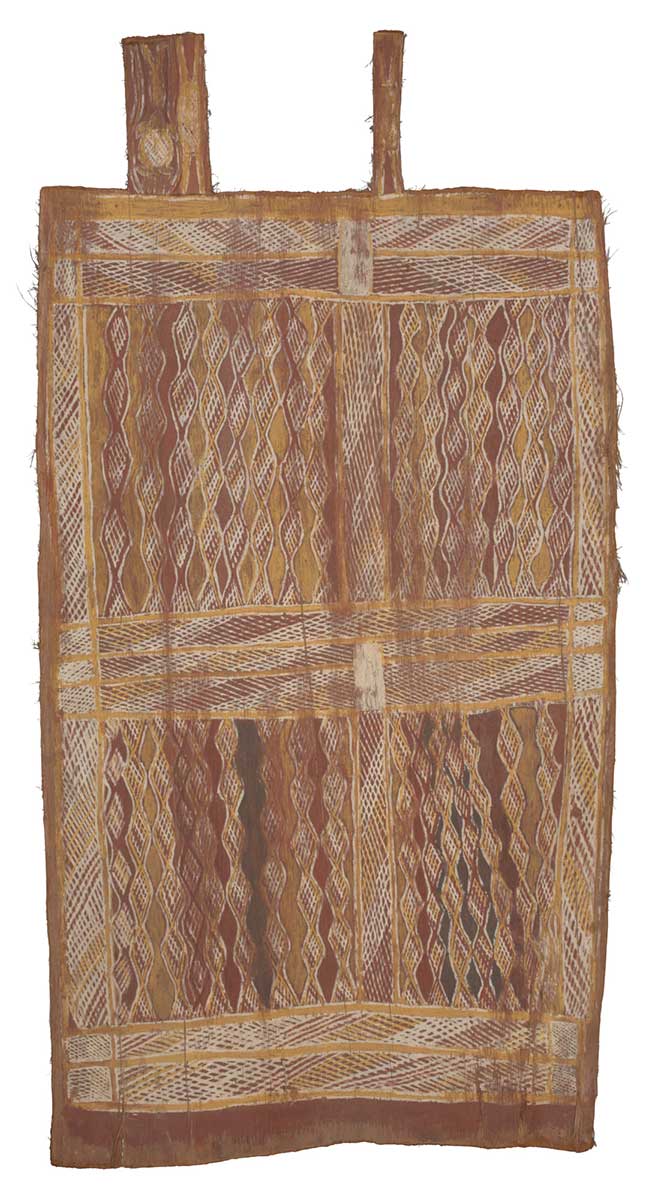