Bardkadubbu rose to prominence as a painter in the late 1970s. He was tutored by Yirawala in the early 1970s when they shared outstations at Table Hill and Marrkolidjban, which both men had helped to establish. Later, he moved to Namokardabu, also in the Liverpool River region.

Bardkadubbu’s work was selected for a number of major exhibitions in Australia and abroad, including: The Art of Aboriginal Australia, which toured North America from 1974 to 1976; and Aboriginal Art: The Continuing Tradition at the National Gallery of Australia in 1989. Bardkadubbu entered the first National Aboriginal Art Award, established by the Museum and Art Gallery of the Northern Territory in 1984. 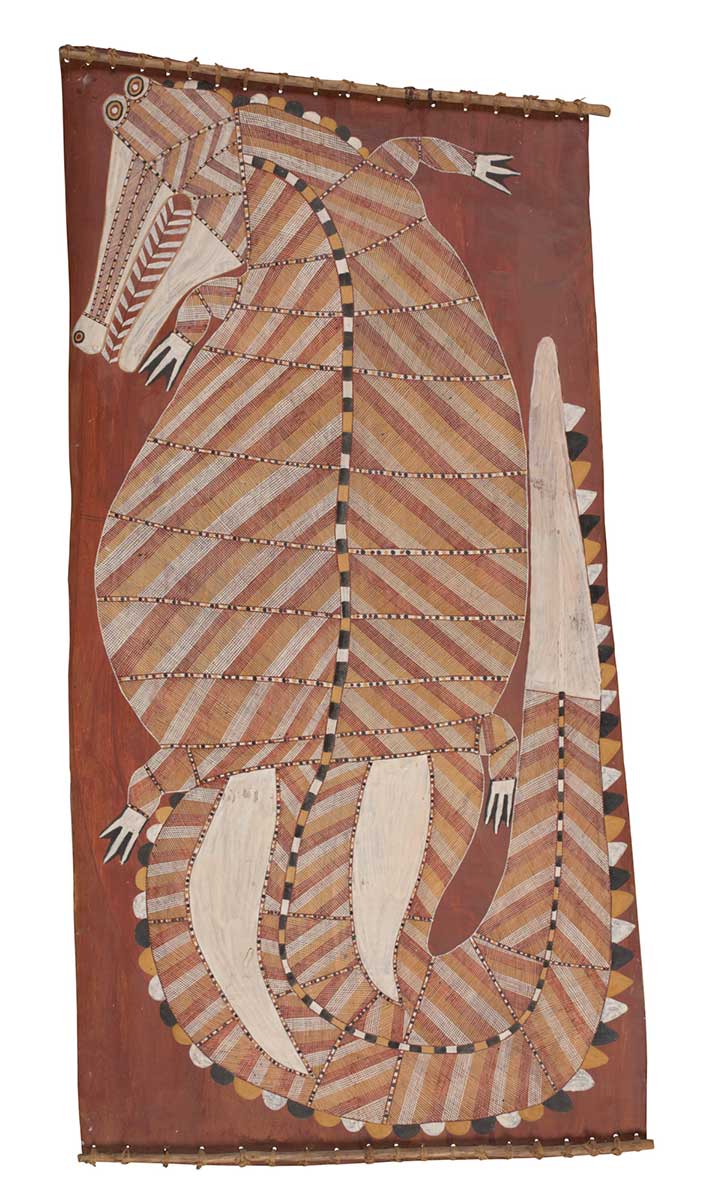