Not Just Ned: A True History of the Irish in Australia

The Not Just Ned exhibition is about a story  the story of the Irish in Australia – which has reached into nearly every aspect of Australian life since 1788.

It could not have been put together without the enthusiastic cooperation of individuals who manage personal, local and institutional collections across Australia, and in Ireland, the United States and New Zealand. The National Museum of Australia is grateful to all of them. In a real sense, this is their exhibition.

From the beginning the Ambassador for Ireland, His Excellency Máirtín Ó Fainín, and his staff at the Embassy of Ireland have given the National Museum of Australia constant support. This has been vital for liaison with the Irish community throughout Australia, as well as with significant organisations and institutions in Ireland.

A close and important working relationship was established with the National Museum of Ireland and its director, Dr Patrick Wallace. The willingness of Irish museums, galleries and individuals to entrust the National Museum of Australia with their material has been essential for the development of the exhibition.

Every object in this exhibition is important, but some are vital in telling the story of the Irish in Australia. The State Library of Victoria, the Police Museum (Victoria) and a private lender have made it possible to display all four suits of Kelly gang armour for the first time at a national institution.

The Catholic Church has been generous in making magnificent objects available from diocesan and convent collections nationwide. 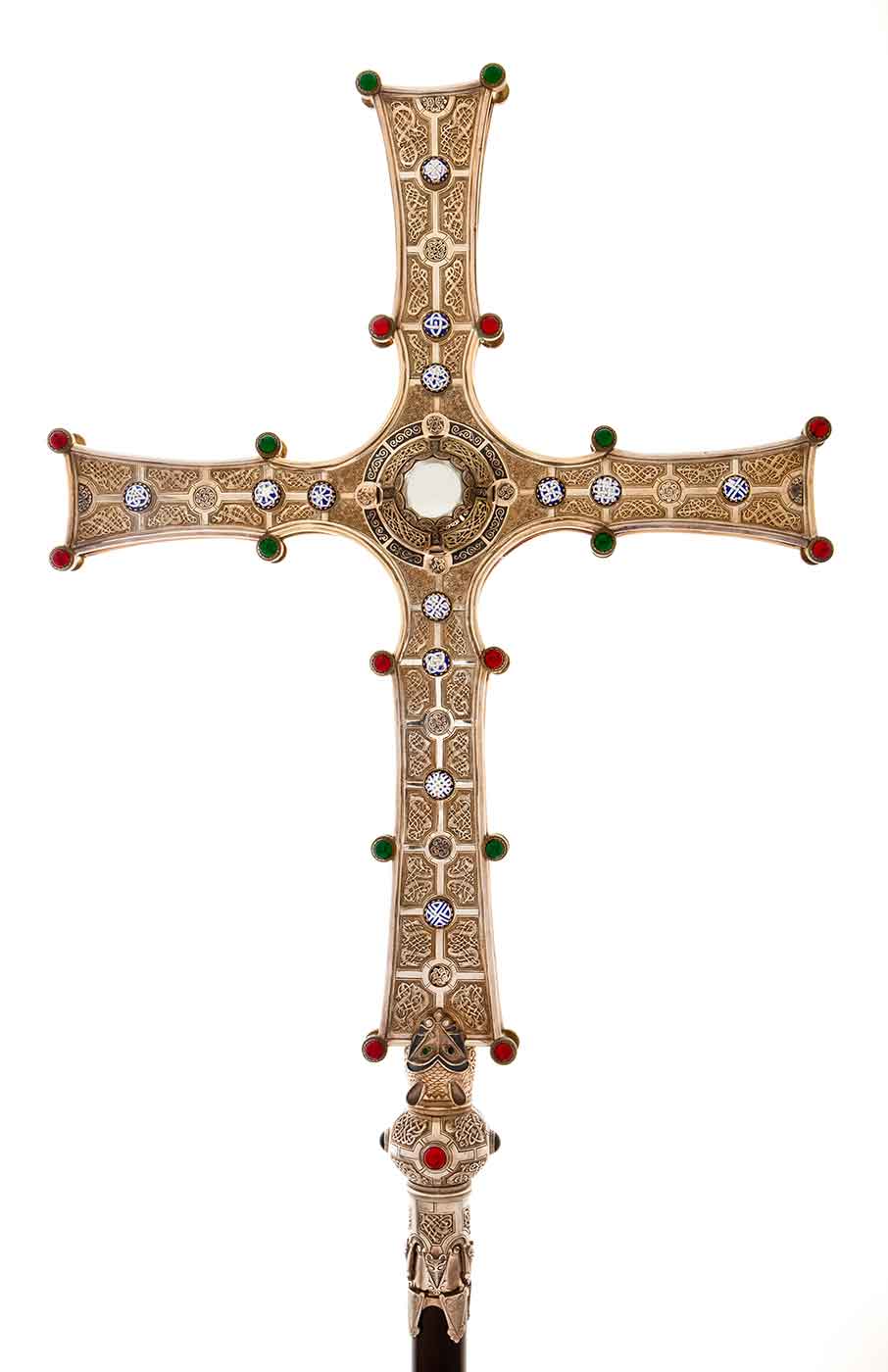 Replica of the Cross of Cong

Exhibition consultant Dr Ann Herraman (Adelaide) went well beyond the call of duty in helping to find key objects in South Australia. In the Kimberley, Andrew Barker of the Kununurra Historical Society made it possible to tell the story of Irish pastoralists in the region. Associate Professor Jeff Brownrigg (University of Canberra), Dr Siobhan McHugh (University of Wollongong), Dr Michael McKernan (Canberra) and Brendon Kelson (Canberra) also gave willingly of their time.

Many others – far too many to name here – have contributed generously of their time and knowledge and a debt is owed to them all.

The Museum would also like to acknowledge the History Channel for its support and generous contribution in being the major sponsor for the exhibition.

Additional thanks is due to Culture Ireland, the Irish Abroad Unit of the Department of Foreign Affairs of Ireland, Tourism Ireland, Enterprise Ireland, The Heraldry and Genealogy Society of Canberra Inc., the Lansdowne Club, the Friends of Ireland Society, the Irish and Celtic clubs and the Irish heritage and cultural associations around Australia who have offered advice and support for this exhibition.

The members of the National Irish Business Association of Canberra have pursued the idea of an exhibition on the Irish in Australia for many years. Their hopes have now been realised.

Explore more on Not Just Ned