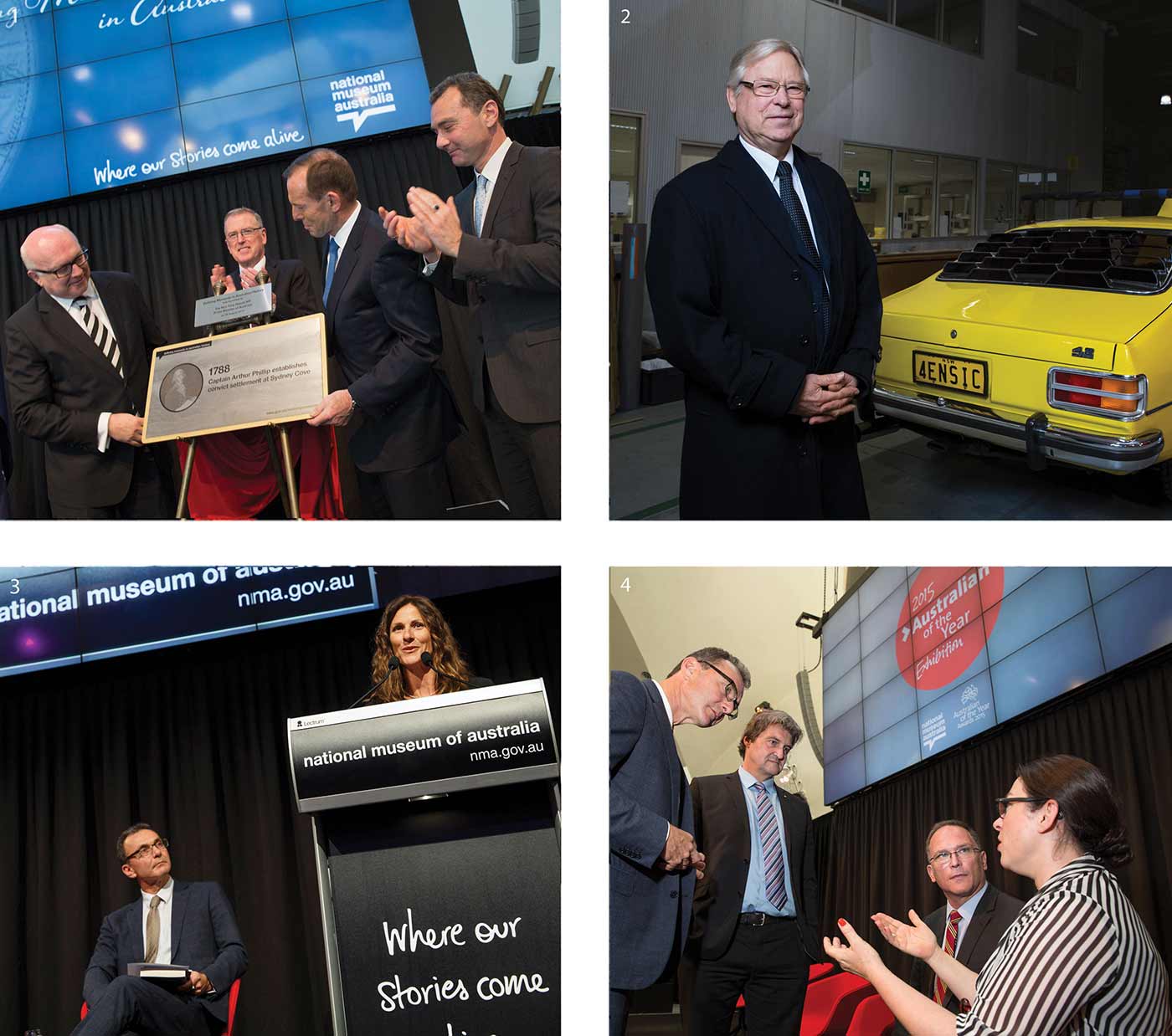 August 2014: The Prime Minister, the Hon Mr Tony Abbott MP, launches the Defining Moments in Australian History project at the Museum by marking the 200th anniversary of the death of Admiral Arthur Phillip. [1]

August 2014: The Museum acquires the 1977 yellow hatchback V8 Torana that was central to the conviction, and ultimate exoneration, of Lindy and Michael Chamberlain over the 1980 disappearance of their daughter, Azaria. [2]

December 2014: A collaborative project between the Museum and Macquarie Bank results in a boutique exhibition, Governor Lachlan Macquarie, in the bank’s new premises at Martin Place, Sydney.

February 2015: The Museum formally announces a partnership with the British Museum to stage linked exhibitions of Aboriginal and Torres Strait Islander artefacts in 2015, the exhibition A History of the World in 100 Objects in 2016 and a proposed exhibition on Ancient Rome in 2018.

March 2015: The Museum hosts a three-day community gathering for selected participants involved in the Encounters project. [5]

March 2015: The Museum’s statement of its recognition, commitment and approach to Indigenous cultural rights and engagement is realised in the approval, by the Museum Council, of the Indigenous Cultural Rights and Engagement Policy and Principles.

April 2015: The Museum’s contribution to the Centenary of Anzac is marked with the launch of the exhibition The Home Front: Australia during the First World War. [6]

April 2015: A delegation of Indigenous Reference Group members travel to the United Kingdom for the opening of the Indigenous Australia: Enduring Civilisations exhibition at the British Museum. [7]

May 2015: The Museum Council approves the Reconciliation Action Plan, articulating the Museum’s contribution to the process of reconciliation in Australia. 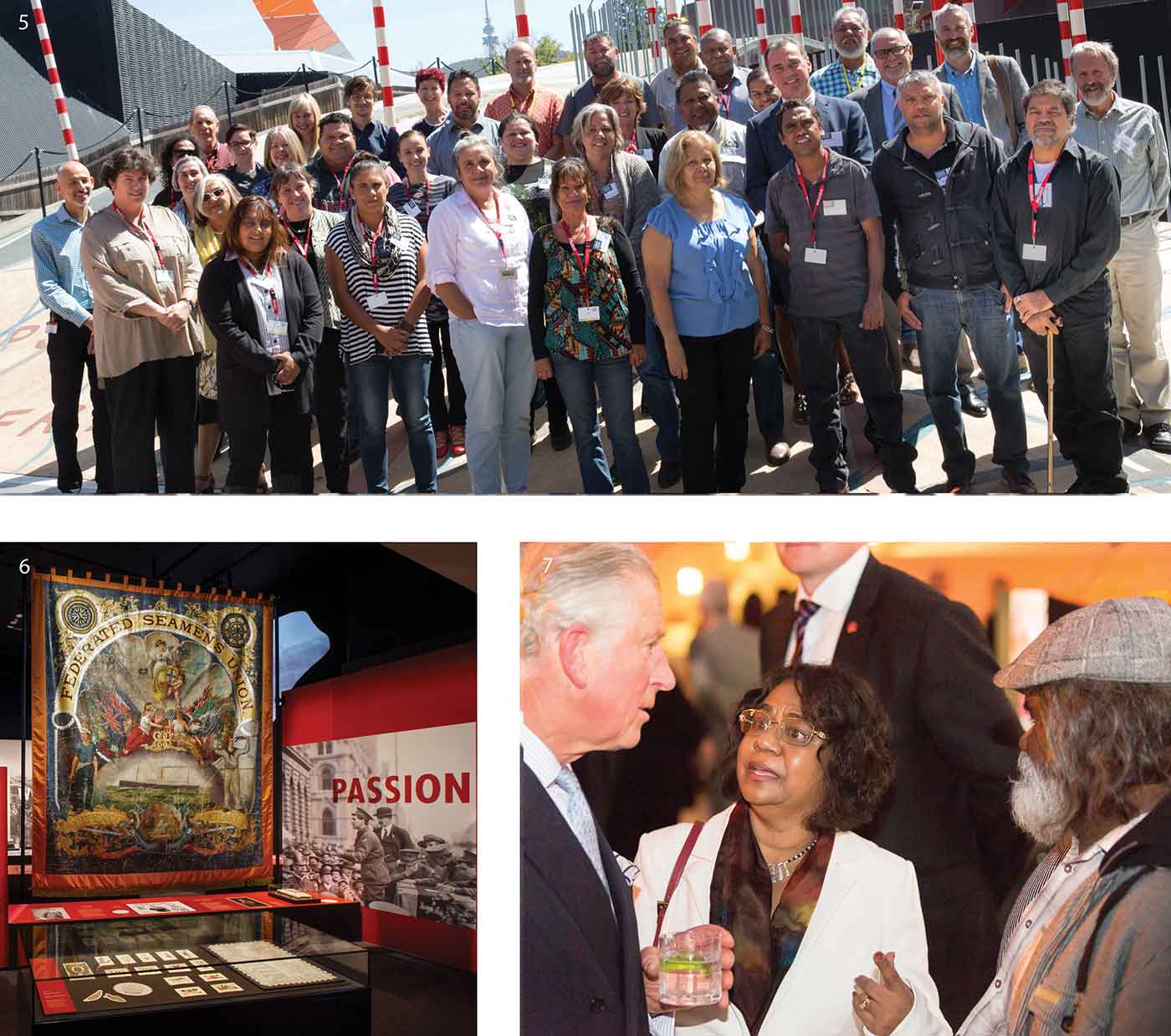