The National Museum of Australia guides the delivery of its outputs through its corporate governance framework. This framework comprises the Museum’s enabling legislation and other legislative instruments, managerial and organisational structures, corporate policies and strategies, and resource management practices.

The Commonwealth Authorities and Companies Act 1997 provides a single set of core reporting, auditing and accountability requirements for directors of Commonwealth authorities. It also deals with other matters such as banking and investment and the conduct of officers, and states that directors are responsible for the preparation and content of the report of operations in accordance with the Commonwealth Authorities and Companies (Report of Operations) Orders 2008. The Public Service Act 1999 covers the powers of the Director of the National Museum of Australia in relation to the management of human resources.

The National Museum of Australia is a statutory authority within the Prime Minister and Cabinet portfolio.

The Council of the National Museum of Australia is responsible for the overall performance of the organisation, including setting the strategic direction and establishing goals for management. The Council works with executive management in developing, executing, monitoring and adjusting the appropriate strategies, and its members are appointed under Section 13(2) of the National Museum of Australia Act 1980.

This Act provides for a Council consisting of a Chair, the Director of the Museum and between seven and ten other members. All members are appointed by the Governor-General and, apart from the Director, are part-time appointees for terms of up to three years, although terms of appointment can be extended. The Director can hold office for a period not exceeding seven years.

The current membership of the Council provides a mix of skills and experience in the areas of history, law, education, the arts, museum management, tourism, Indigenous issues, business, and financial and strategic management. The Commonwealth Remuneration Tribunal determines remuneration for non-executive members. At 30 June 2011, the Council comprised the following non-executive members:

Mr Daniel Gilbert AM (Chair) has many years of experience as a commercial lawyer and company director. Since the mid-1970s, he has had extensive involvement with social justice issues through work with community legal centres and public organisations and the arts. In 1992 he established the Gilbert+Tobin Pro Bono practice, which has a strong emphasis on Indigenous issues.

Mr Nicholas Davie is the Chief Executive Officer of Publicis Mojo. He is currently a member of the Board of Trustees of the Sport and Tourism Youth Foundation and a member of the Tourism Task Force. He is also Co-Chairman of the Bestest Foundation.

Professor Raelene Frances is the Dean of Arts and Professor of History at Monash University.

Professor Emeritus Andrea Hull AO has held senior roles at international, federal and state levels in cultural, heritage and education areas. She was Director and Dean of the Faculty of the Victorian College of the Arts at the University of Melbourne for 14 years, and is a member of the Council of Trustees of the National Gallery of Victoria.

Mr John Morse AM is advisor on tourism and Indigenous tourism to the Director of Parks Australia. He is also the owner of John Morse Art, and Chair of the Mutitjulu Foundation. He worked for the Australian Tourist Commission for 20 years in Europe and Asia, and was Managing Director from 1997 to 2001, overseeing the development of Brand Australia and driving the highly successful international campaign to encourage people to visit Australia during the 2000 Olympics.

Dr Barbara Piscitelli AM is a freelance consultant and researcher in education and the arts. Her research explores cultural policy and childhood, children’s learning in museums, and early childhood visual arts education. Dr Piscitelli is a member of the Board of the Queensland Museum.

The Council held six meetings during 2010–11. An executive officer from the Office of the Arts, the Department of the Prime Minister and Cabinet, attended the meetings as an observer.

The Museum provides Council members with information on government changes to corporate governance responsibilities as it becomes available, including Australian National Audit Office documents and guidelines.

The Council has policy and procedures for the disclosure and resolution of any matter for its consideration that may result in a conflict of interest. Members are required to make the nature of that interest known at the commencement of a Council meeting, and details of such disclosures are recorded in the minutes of the meeting.

The Council has established an Audit, Finance and Risk Committee to assist in the execution of its responsibilities and an Indigenous Advisory Committee to advise on sensitivities and protocols relating to exhibitions and other matters. Details of Council meetings are listed in Appendix 1. 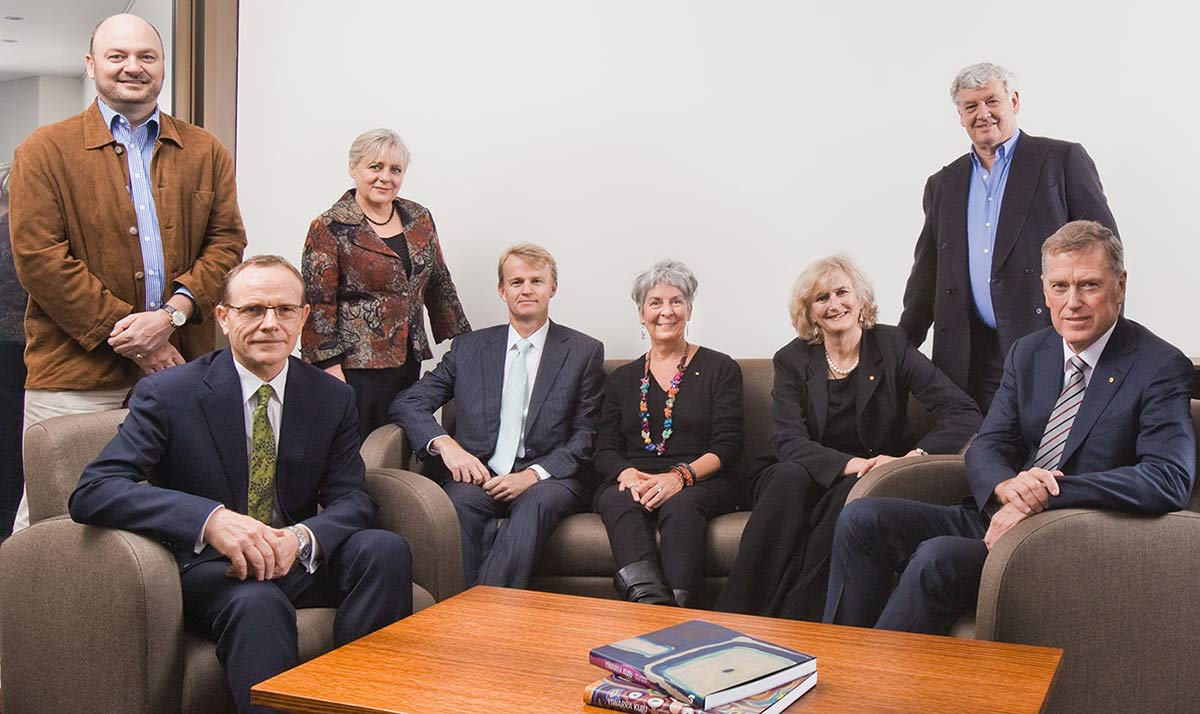 National Museum of Australia organisation chart as at 30 June 2011 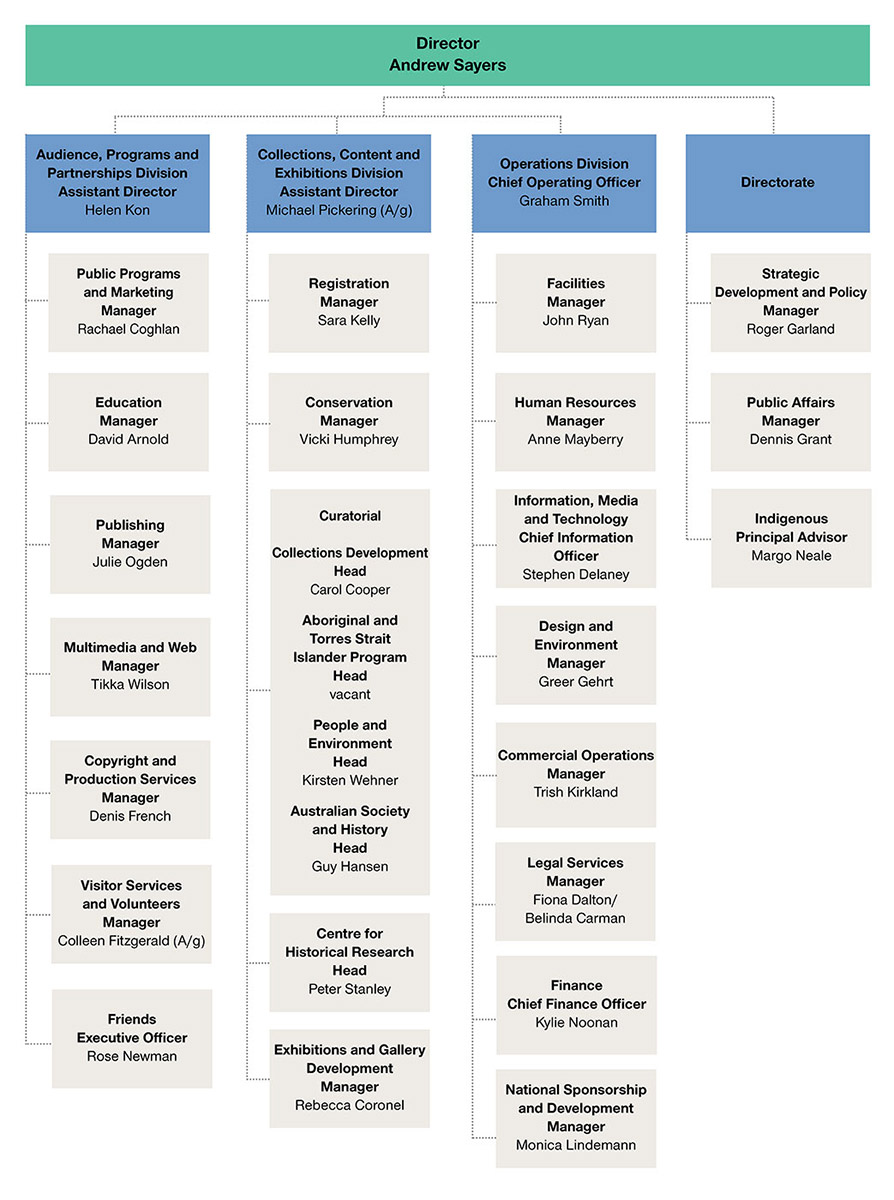 The Executive Management group, comprising the Director, two Assistant Directors, and a Chief Operating Officer, provides strategic and operational leadership to the Museum. 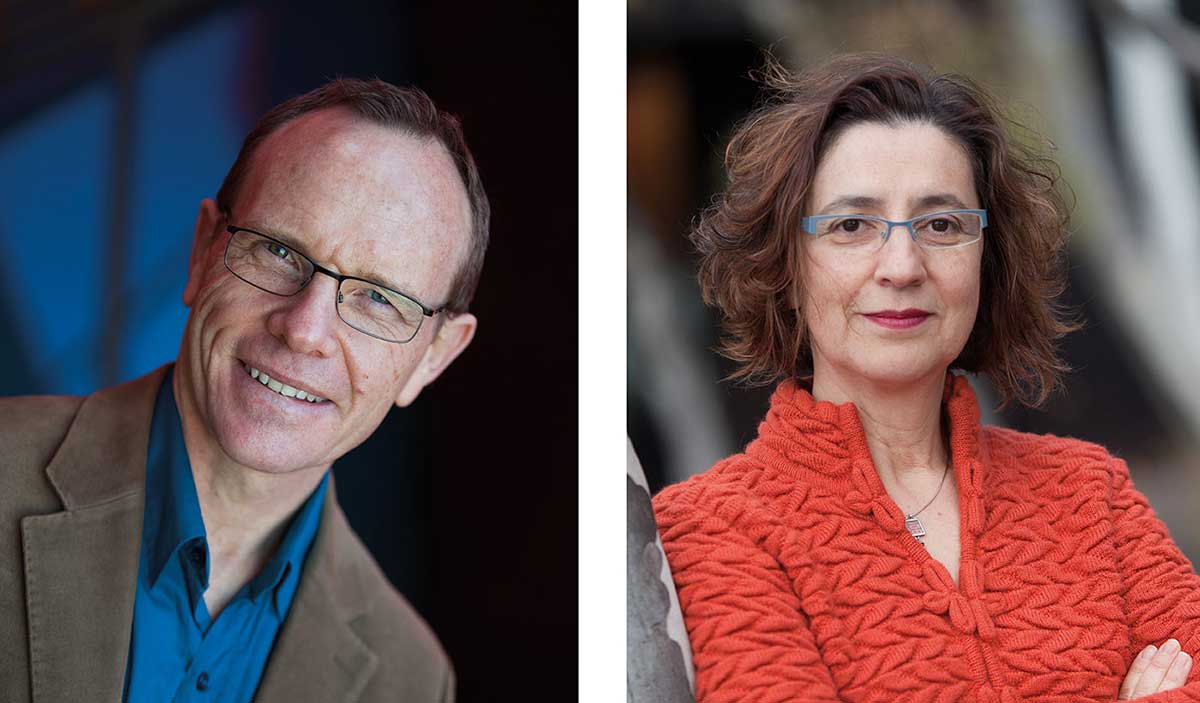 Andrew Sayers was Director of the National Portrait Gallery, Canberra, from 1998 to 2010. After graduating from the University of Sydney, he began his career at the Art Gallery of New South Wales before moving to Newcastle Region Art Gallery as Assistant Director. Before his appointment at the National Portrait Gallery he was Assistant Director (Collections) at the National Gallery of Australia. Andrew has been responsible for several exhibitions of Australian art, particularly in the areas of drawing and portraiture. He has written extensively and is the author of Aboriginal Artists of the Nineteenth Century (Oxford University Press, 1994) and Oxford History of Art: Australian Art (Oxford University Press, 2001).

Louise Douglas has had a successful career in cultural heritage management that spans more than 25 years, working at senior and executive management levels at the Powerhouse Museum and the National Museum of Australia. Louise has been active in Museums Australia for many years and was National Vice President from 1998 to 2000. She has been a member of the Canberra Museum and Gallery Advisory Committee since 1996 and is currently a member of the Fulbright Commission’s Australian Capital Territory selection committee.

Helen Kon, Assistant Director, Audience, Programs and Partnerships
(from 23 May 2011)

Helen Kon joined the Museum after working in senior management positions at the National Library of Australia and the State Library of New South Wales. She played a major role in many of the positive changes that have taken place in those institutions through the development of numerous community engagement programs. Prior to working in the cultural sector Helen was Education Services Manager in marketing at the Age newspaper. She has also worked in state-wide curriculum consultancy roles and taught at secondary and tertiary levels. Her wider professional contributions have included membership and chairing of a number of national and state committees, boards and professional associations across the cultural and education sectors. 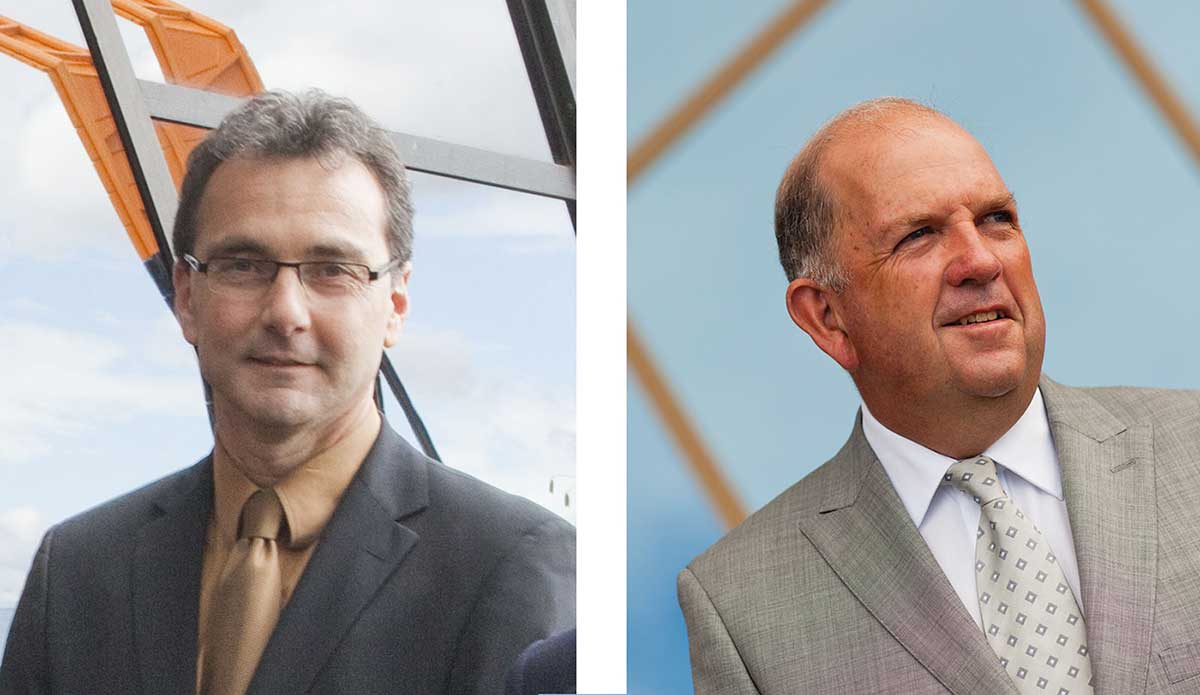 Before he joined the National Museum as a senior curator in 2003, Mathew Trinca worked as a curator of history at the Western Australian Museum and as a consultant historian on film, conservation and public history projects. With research interests in cultural history and museum practice, Mathew co-edited Country, a collection of essays on Western Australia’s environmental history, and Under Suspicion, a collection devoted to studies of internment in Australia during the Second World War. He has been on extended leave since 17 June 2011 and Dr Michael Pickering is acting in his position.

Having worked with the Museum for over six years, Lisa Wilmot commenced as Acting Assistant Director, Operations, in April 2009. Prior to taking on this role, she successfully led and managed the Museum’s human resources and workplace relations functions. During her Australian Public Service career of over 20 years, she has led and managed various corporate-related functions in the employment, education and training portfolios including finance, complex tendering processes, employment services and employment programs delivery, and has undertaken an 18-month term in the Office of the Federal Minister for Education.

Prior to joining the National Museum of Australia as Chief Operating Officer in November 2010, Graham Smith worked at the Royal Australian Mint for four years, firstly as Deputy Chief Executive Officer and then Acting Chief Executive Officer. He was influential in leading the Mint through major transformational change in both visitor facilities and work processes. Graham’s public service career has spanned over 30 years, with experience in the provision of both policy and corporate advice in executive and senior management positions in the Department of Treasury, Prime Minister and Cabinet and the Office of the Assistant Treasurer. He is active in a range of Canberra-based community organisations and sits on a number of ACT Government advisory boards. 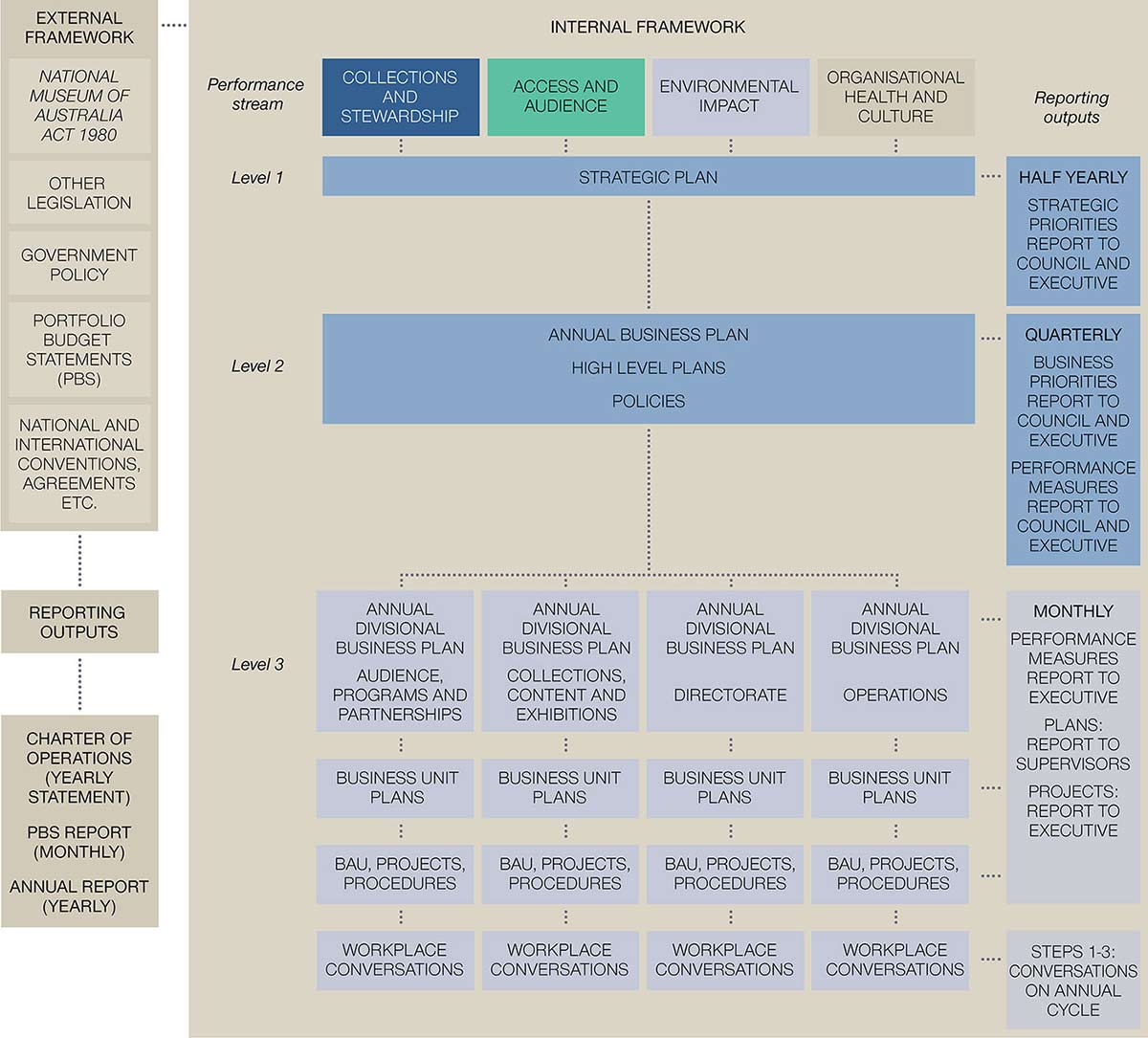 The Museum’s organisational Performance Management Framework provides the structure for delivering outputs and outcomes through planning, policy and procedural work. Performance is guided by the Museum’s strategic and business plans as well as its vision and mission statements. Performance is tracked through quantitative measures, project management practices and qualitative reports. The Framework was reviewed and updated during the year. The Museum reports its performance to Government and other external interests through a statement against the Charter of Operations (yearly), the Annual Report (yearly) and the Portfolio Budget Statements (monthly). Internally, the Museum continues to report on four performance streams. These streams flow into strategic and business planning and reporting, as well as business-as-usual activity:

The Museum’s new strategic priorities for 2011–12 to 2015–16 were endorsed by Council in March 2010. The key priorities are reported against in Part One, Executive summary — Achievement of strategic and business priorities, of this report.

The Museum Project Management Methodology, underpinned by the Primavera software tool, continued to be applied across the Museum. Primavera is a collaborative, web-enabled project management tool supporting:

Primavera was reviewed in 2010–11 to help determine options for upgrading the system.

The Museum has a comprehensive suite of policies and plans. These are monitored and reviewed at regular intervals and made publicly available on the Museum’s website.

An external service provider, RSM Bird Cameron, delivers internal audit services to the Museum under a service contract. The major reviews completed by the internal auditors during 2010–11 included:

The elements of the framework are continuously improved to make them more user-friendly, while adhering to the requirements of ISO31000 and best practice guidance. Guidance material, including training courses, risk management plan templates and a risk ratings matrix were developed to assist this process.

The Museum’s Strategic Risk Management Plan was reviewed twice during the year by the Council’s Audit, Finance and Risk Committee. Business unit risk management plans were reviewed as part of the annual budget review process.

The Museum has in place fraud prevention, detection, investigation, reporting and data collection procedures and processes that, together with the Fraud Risk Assessment and Control Plan, meet the specific needs of the Museum and comply with the Commonwealth Fraud Control Guidelines.

Part 2 of the Freedom of Information Act 1982 (FOI Act) establishes an Information Publication Scheme (IPS). The Museum is subject to the FOI Act and is required to comply with the IPS requirements.

In accordance with the IPS, the Museum is required to:

Details of the Museum’s compliance with the IPS requirements during 2010–11 are available in Appendix 4.

There were no formal requests for access to documents under Section 15 of the Act during 2010–11.

The Museum received no formal notifications or ministerial directions from the Minister for Finance and Deregulation during 2010–11. Ministerial directions that continue to apply in 2010–11, from previous financial years, relate to the Commonwealth Procurement Guidelines and Certificate of Compliance Report requirements.

The Museum did not advise the Minister of any significant events during 2010–11, in accordance with the Commonwealth Authorities and Companies Act 1997.

In 2010–11 the Museum did not settle any claims as a result of any legal action.

No new issues or matters about the Museum were referred to, or raised with, the Commonwealth Ombudsman’s Office.