August 2010: Museum repatriates. The Museum returns the remains of two Native Americans to Jemez Pueblo in New Mexico. The remains were first excavated between 1914 and 1929 by Alfred V Kidder, a prominent American archaeologist, and were unaccounted for until the Museum contacted the Jemez community.

October 2010: Aboriginal treasures at the Vatican. Rituals of Life, an exhibition curated by the Museum, is opened by the Hon Kevin Rudd MP, the Minister for Foreign Affairs, and the Hon Julie Bishop MP, Deputy Leader of the Opposition, at the Vatican’s Ethnological Museum. On display are 300 Aboriginal artworks sent from Catholic missions to the Vatican in the 1920s.

November 2010: ‘Come into our shed’. The Museum opens its storage and conservation areas to the public, providing a rare opportunity for people to see objects that are not currently on display. Visitors observe how the Museum conserves the National Historical Collection and have the opportunity to talk to expert staff (1). 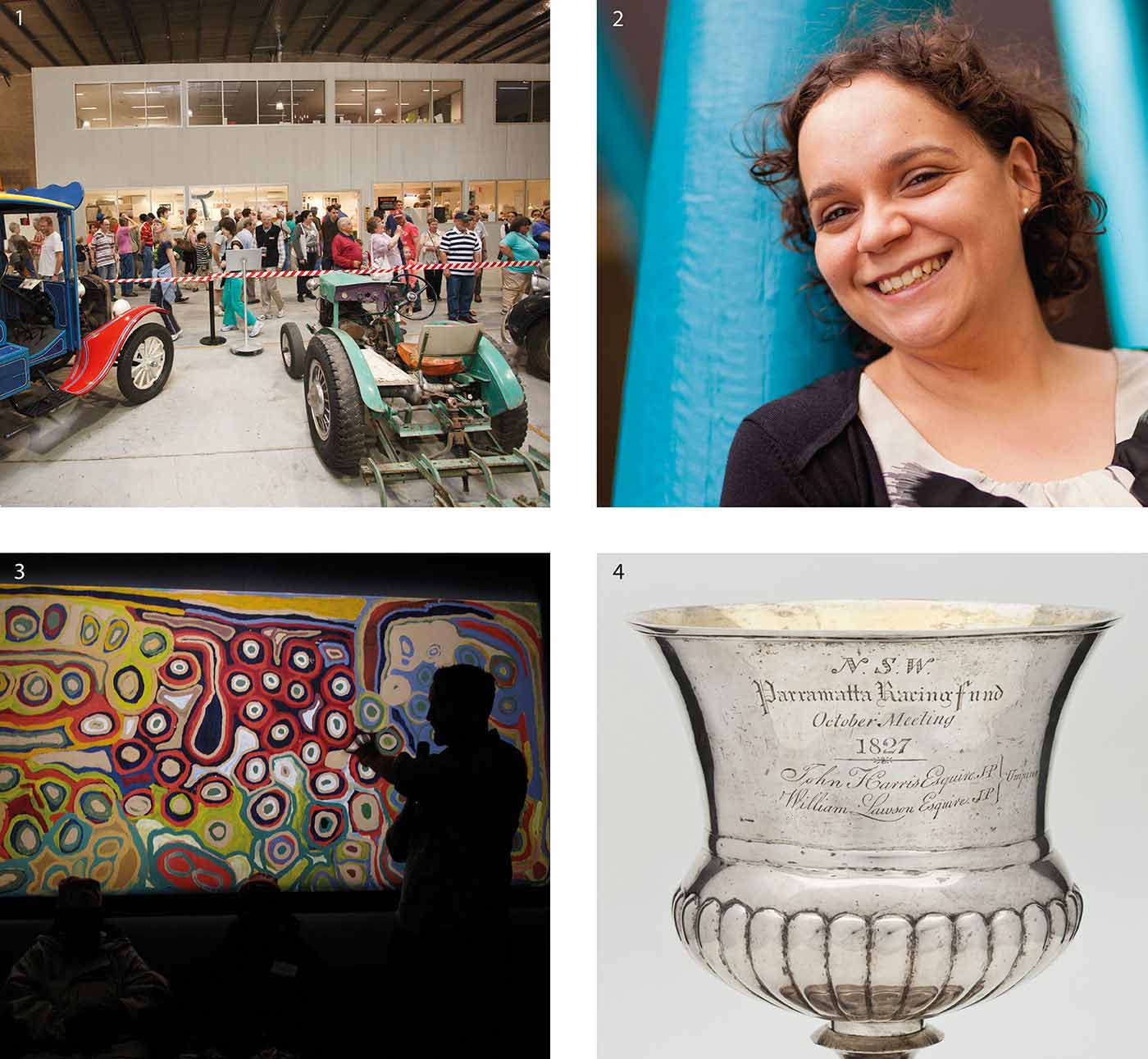 Yiwarra Kuju’s record-breaking visitation. The Museum’s exhibition of paintings and stories that reclaim the Aboriginal history of the Canning Stock Route sets a new record. More than 120,000 people visit the exhibition, exceeding the number of visitors to any previous temporary exhibition (3).

The Museum acquires racing treasure. The Junius Cup, one of Australia’s earliest sporting trophies, is purchased by the Museum at auction (4).

The Museum launches braille map. A large print and tactile map of the building and exhibits and a brochure interpreting the Garden of Australian Dreams are launched to coincide with the International Day of People with Disability (5). 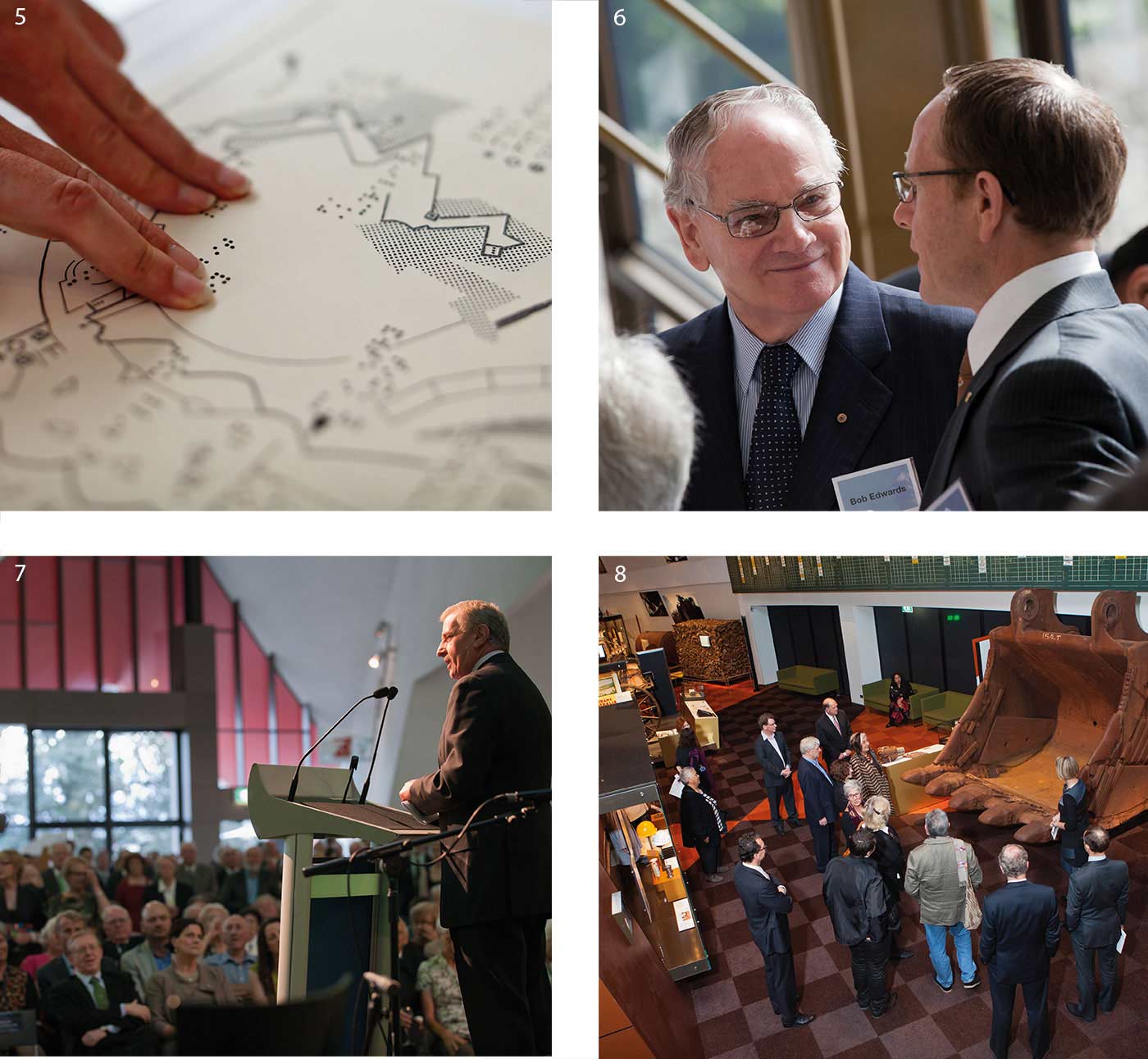 March 2011: Happy birthday. The Museum marks the tenth anniversary of the opening of the building on Acton Peninsula.

A tribute to Bob Edwards. The Museum holds a day of talks to honour Dr Bob Edwards AO, who played a crucial role in museums, Aboriginal art and culture, and the visual arts in Australia over seven decades of public life (6).

Not Just Ned opens on St Patrick’s Day, 17 March. This major exhibition, officially launched by the Hon Simon Crean MP, Minister for the Arts, and the Ambassador of Ireland, Máirtín Ó Fainín, tells the epic history of the Irish in Australia. On display were objects sourced from around the world (7).

May 2011: Gold award. For the third consecutive year the Museum’s annual report wins a gold award in the Australasian Reporting Awards.

The Museum celebrates record visitation. In the 12 months until the end of June, more than one and a half million people have visited the Museum and its travelling exhibitions, and attended its programs and events.