The Hon Peter Garrett AM MP
Minister for the Environment,
Heritage and the Arts
Parliament House
Canberra ACT 2600 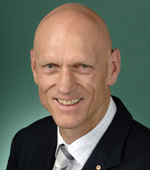 The Hon Peter Garrett AM MP

On behalf of the Council of the National Museum of Australia, I am pleased to submit our annual report for the financial year ended 30 June 2008. The report is presented in accordance with Section 9 and Schedule 1 of the Commonwealth Authorities and Companies Act 1997, and it has been prepared in conformity with the Commonwealth Authorities and Companies (Report of Operation) Orders 2008.

This year has seen the Museum recognised as an emerging national institution with a growing international reputation. Visitation numbers to the Museum in Canberra, to our travelling exhibitions around Australia and to our website have increased. An exhibition of the works of Emily Kame Kngwarreye presented and developed by the Museum for the Australian
Government was well received in Japan. 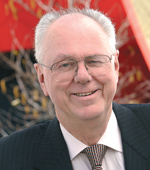 Permanent exhibitions now include more objects from the Museum's National Historical Collection, which was strengthened with important additions. The Centre for Historical Research added to the depth of knowledge about the collection. The rotating theatre, Circa, has been refurbished and offers an innovative introduction to the Museum.

I take this opportunity to acknowledge the support of my fellow Council members in guiding the Museum towards the successes it has achieved during the year.

I would also like to express the Council's appreciation for your ongoing support and that of Senator the Hon George Brandis, as portfolio ministers.

Finally, all members of the Council join me in congratulating the Director and staff on the Museum's continuing success.