The National Museum of Australia guides the delivery of its outputs through its corporate governance framework. This comprises the Museum's enabling legislation and other legislative instruments, managerial and organisational structures, corporate policies and strategies, and resource management practices.

The key legislative instrument defining the broad functions and activities of the Museum is the National Museum of Australia Act 1980. This Act established the Museum as a Commonwealth statutory authority and, along with the National Museum of Australia Regulations, defines its role, functions and powers. The functions and powers of the Museum are in Appendix 2. The Commonwealth Authorities and Companies Act 1997 provides a single set of core reporting, auditing and accountability requirements for directors of Commonwealth authorities. It deals with other matters such as banking and investment and the conduct of officers. It also states that directors are responsible for the preparation and content of the report of operations in accordance with the Commonwealth Authorities and Companies (Report of Operations) Orders 2005. The Public Service Act 1999 covers the powers of the Director of the National Museum of Australia in relation to the management of human resources.

The National Museum of Australia is a statutory authority within the portfolio of Communications, Information Technology and the Arts. 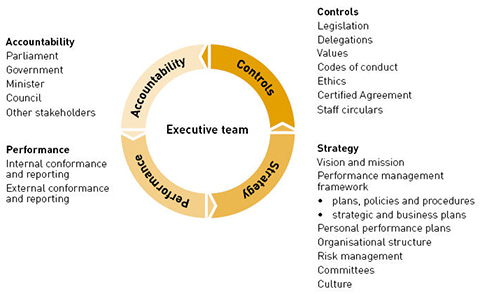 The Council of the National Museum of Australia is responsible for the overall performance of the organisation, including setting the strategic direction and establishing goals for management. The Council works with senior management in developing, executing, monitoring and adjusting the appropriate strategies.

The National Museum of Australia Act 1980 provides for a Council consisting of a chairman, the Director of the Museum and not less than seven or more than 10 members. All members are appointed by the Governor-General and, apart from the Director, are part-time and appointed for terms of up to three years, although terms of appointment can be extended. The Director is appointed for a period not exceeding seven years.

The current membership of the Council provides a mix of skills and experience in the areas of history, politics, education, business, farming, financial and strategic management, journalism, museum management, and government policy and administration. The Commonwealth Remuneration Tribunal determines remuneration for non-executive members.

At 30 June 2007, the Council comprised the following members: 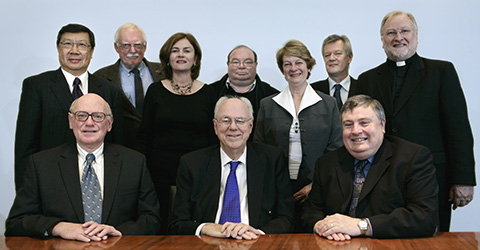 The Council held four meetings during 2006–07. A senior officer from the Department of Communications, Information Technology and the Arts attends Council meetings as an observer.

The Museum provides Council members with information on government changes to corporate governance responsibilities as it becomes available, including Australian National Audit Office documents and guidelines.

The Council has policy and procedures for the disclosure and resolution of any matter for its consideration that may result in a conflict of interest. Members are required to make the nature of that interest known at the commencement of a Council meeting and details of such disclosures are recorded in the minutes of the meeting.

The Council has three committees established to assist in the execution of its responsibilities. These are:

Details of Council committees are in Appendix 1.

National Museum of Australia organisation chart as at 30 June 2007 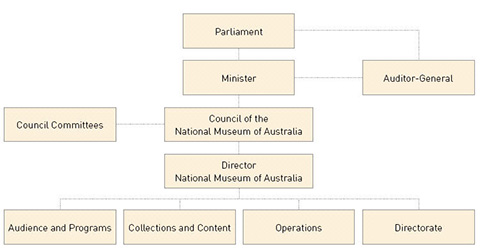 The Executive Management group, comprising the Director and three General Managers, provides strategic and operational leadership to the Museum.

The Museum's organisational Performance Management Framework continues to provide the structure for delivering outputs and outcomes through planning, policy and procedural work. Performance is guided by the Museum's Strategic Plan and its vision and mission statements and is tracked through a set of quantitative measures and project management practices.

This has been the third and final year of implementation of the Museum's Strategic Plan 2004–07. The key priorities and a summary of progress against the Strategic Plan's business priorities for 2006–07 are provided in Part 1, Executive summary. 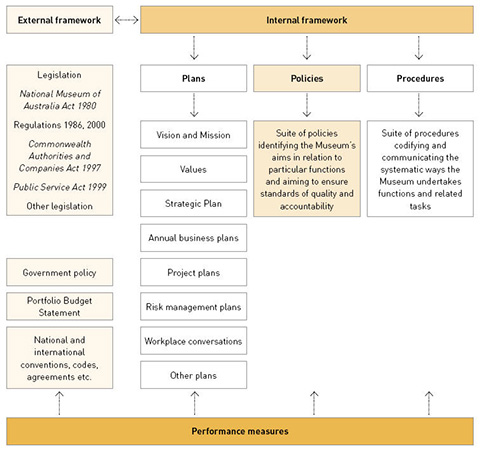 The Museum has a comprehensive suite of policies and plans. Policies are monitored and reviewed at regular intervals and are publicly available on the Museum's website. During the year, Council approved the Permanent Exhibitions Policy and the Privacy Policy.