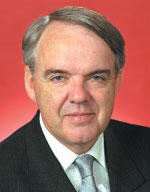 On behalf of the Council for the National Museum of Australia, I am pleased to submit our annual report for the financial year ended 30 June 2006. The report is presented in accordance with Section 9 and Schedule 1 of the Commonwealth Authorities and Companies Act 1997, and it has been prepared in conformity with the Commonwealth Authorities and Companies (Report of Operations) Orders 2005.

This year has seen the implementation of the second year of the Museum's 2004–2007 strategic plan aimed at developing the National Historical Collection, reaching national audiences and strengthening the Museum's capacity for research and scholarship.

It has been an active year for collection development, with important new acquisitions made possible through additional funding of $1 million per year from the Australian Government. 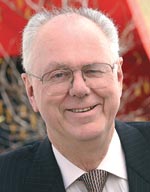 Changes to the permanent exhibitions also progressed this year, along with plans for future redevelopment. The Museum's program of public events, educational programs and outreach activities was again well-received and well-attended.

The Museum was privileged to welcome His Majesty King Carl XVI Gustaf and Her Majesty Queen Silvia of Sweden who visited the Museum in November 2005. Other special guests included Mrs Janette Howard (wife of the Prime Minister), Mrs Diana Hill (wife of the then Minister for Defence) and new members of the Parliamentary Spouses Association.

I take this opportunity to acknowledge the support of my fellow Council members in guiding the Museum towards the successes it has achieved during the year. I would also like to express Council's appreciation for the ongoing support of the portfolio ministers, Senator the Hon. Helen Coonan and Senator the Hon. Rod Kemp.

Finally, all members of Council join me in congratulating the Director and staff on the Museum's continuing success.