The National Museum of Australia's focus this year was essentially two-fold: to consolidate the Museum's place as a popular and successful visitor destination, and to plan the Museum's long-term future as a world-class cultural institution.

In its third year of operation, the Museum's exhibitions program continued to be rich and varied. Eight Museum exhibitions were shown in Canberra and at venues throughout Australia. These exhibitions featured objects and stories of world outlaws, Australian bushrangers, the royal tour of 1954, rare Australian trades, the Rugby world cup, children's television, political cartoons, and the art of Indigenous Australian communities.

The first half of the year saw the delivery of Outlawed!: Discover the Stories behind the World's Rebels, Revolutionaries and Bushrangers, the Museum's largest temporary exhibition to date, as well as a significant program of travelling exhibitions, successful public and education programs and improvements in the care and accessibility of the National Historical Collection. These achievements continued throughout the second half of the year at the same time as organisational planning intensified for the refurbishment of permanent exhibition spaces, development of the collections, and invigoration of research and outreach programs.

Work also progressed on the Museum's next major temporary exhibition, Extremes: Great Deserts of the Southern Hemisphere. The exhibition, due to open at the Museum in December 2004, will showcase the great deserts of the Namib and Kalahari in Africa, the Atacama in South America and Australia's Red Centre.

Visitor numbers for the permanent exhibition galleries remained steady throughout the year, with monthly totals rarely moving more than five per cent above or below those of the previous year. Museum visitors have continued to demonstrate high satisfaction levels. Of 2400 visitors interviewed during the year, 93 per cent said they were 'satisfied' or 'very satisfied' with their experience. School groups continued to support the Museum, with numbers of booked groups higher than the previous year.

Sixteen new collections, comprising 722 objects, were accessioned into the National Historical Collection during the year. Some 1500 collection objects underwent conservation treatment. A new integrated collections and exhibitions information management system was installed, which will improve access to information about the collection within the organisation and, in the coming year, to the public via the Museum's website.

A diverse program of public events and educational activities continues to be one of the key ways in which the Museum promotes awareness and understanding of Australia's history and cultures. Programs delivered during the year included talks, seminars, workshops and debates centered on the themes of permanent and temporary exhibitions. Other activities included concerts, films, theatrical performances, live radio and television programs. 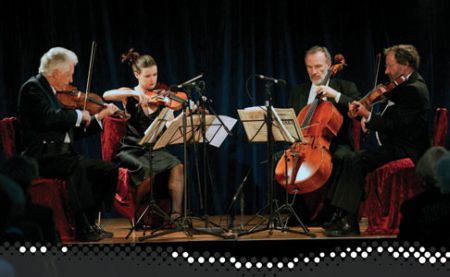 Core activities for visiting school groups were refined and the focus on outreach for schools unable to visit the Museum in Canberra was expanded. The highly successful Talkback Classroom project continued and educational material on the Museum's website was increased to include further classroom resources and interactive activities.

The Museum improved its staff performance management practices with the introduction of Workplace Conversations, an innovative framework for all staff, using a 'guided conversations' approach. The framework is a key commitment and productivity initiative in the Museum's Workplace Agreement, and has been well received by managers and staff.

A major achievement during the year was the refurbishment of the Museum's Annexe building at Acton and the subsequent relocation of staff from off-site offices.

To build upon the success of the first three years, the Museum must consolidate its operations, maintain visitor numbers and satisfaction, and improve programs, services and infrastructure. The Museum will be guided in this enterprise by visitor comments, advisers and the recommendations of the Review of Exhibitions and Public Programs (2003).

Over the course of the past financial year, the Museum has developed a Collections and Gallery Development Plan to address these issues. The plan, endorsed by the Museum's Council in November 2003, outlined an integrated approach to gallery change, collections development and research over the next four years. The Museum has also started to assess its priorities concerning major temporary exhibitions, to make the best use of available resources for collections and gallery development activities.

To better reflect its long-term goals, the Museum reviewed and updated its vision and mission statements and developed a new strategic plan for 2004-2007. Council approved the plan in June, for implementation at the start of the new financial year. A review of Museum policies also began during 2003-2004.

Over the coming years the Museum will strive for excellence in telling stories about Australia which enlighten, stimulate and inspire its audiences. It will refresh programs and services to retain existing audiences and attract new ones, enhance access, plan important infrastructure for collection storage and care, and develop the National Historical Collection. It will strengthen its resource base, including the pursuit of sponsorship, sustain research and scholarship, and continue to reach out to the nation. It will combine contemporary museum practice, a spirit of social inclusiveness and fairness to retain its role as a forum for ideas.

We are in a period when the interest in museums and their collections is high. Australians are actively rediscovering their history at national, regional and local levels. At the same time, cultural heritage tourism is a growing economic factor, with increasing importance to regional income and employment.

It is also a time of continuing rapid technological change. New developments offer different ways to communicate with our audiences, undertake research and deliver services and build upon our excellent record in outreach and educational services.

This places the Museum in a good position to maintain its role as a national institution reaching out to service the Australian public and develop its international standing.

I wish to acknowledge the government's support for the Museum, and in particular the support of our portfolio ministers Senator the Hon. Helen Coonan, Senator the Hon. Rod Kemp, and the Hon. Daryl Williams. I am also grateful for the continuing support and assistance of the Chairman of Council, the Hon. Tony Staley and of other Council members. I also pay tribute to my predecessor, Dawn Casey, whose term as Director of the Museum concluded in December 2003.

I would also like to acknowledge the highly active Friends of the National Museum of Australia for their ongoing support and commitment to the organisation.

Finally, I congratulate and thank Museum staff and volunteers for their continuing commitment to excellence and delivery of high quality exhibitions, programs and customer service.